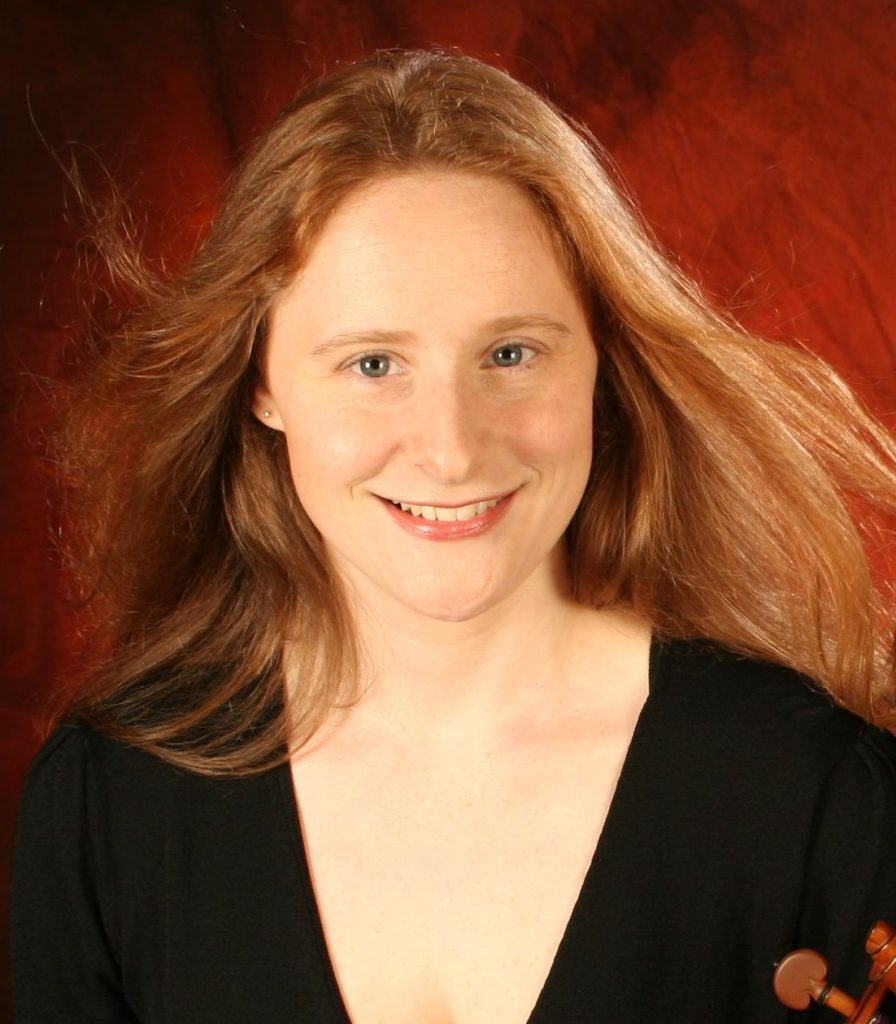 Devoted to promoting the viola as a solo instrument, she is honored to be named William Primrose Memorial Recitalist of 2016. She was the only viola solo finalist at Carnegie Hall in the 2004 Pro Musicis International Solo Awards. Also a passionate chamber musician, she was a member of the internationally prizewinning Arianna and Gotham String Quartets, also collaborating with great artists such as Audra MacDonald, Natalie Cole, James Buswell, Nicholas Chumachenko, Carol Wincenc, Miriam Fried, Matt Haimowitz, Paul Katz, Gilbert Kalish, David Krakauer, Anton Kuerti, Ruth Laredo, Joseph Robinson, Richard Stolzman, and members of the Brentano, Guarneri, Vermeer and Calidore Quartets, Diaz Trio, and has recorded for Nonesuch with Audra MacDonald, Natalie Cole and Lisa Loeb. She was featured by Michael Tilson–Thomas while principal of the New World Symphony in the PBS documentary “Beethoven Alive!” The Gotham Quartet was chosen for the cover of Chamber Music magazine’s issue titled “Looking out for the Next Generation: Ensembles of the Future”.

A proponent of new music, she has premiered and recorded many contemporary composers’ works on Sony, Nonesuch, Bridge, Centaur and other labels. Rising was named Minnesota Public Radio’s CD of the Month, with flutist Carol Wincenc, featuring Joan Tower’s flute quintet.  Also recorded are Arthur Gottschalk’s Politically Correct (written for soprano and the Gotham Quartet) and Anthony Iannaccone’s Clarinet Quintet. As afounding member of the Fire Pink Trio, they have recently released their CD, Poetry in Motion, and Centaur CD of viola-cello duos featuring Browne receiving critical acclaim includes a duo written for her by Dan Coleman along with a previously unrecorded work by Witold Lutoslawski.  Browne has premiered Kenneth Jacobs’ viola concerto, written for her, at Australia’s International Viola Congress and at the International Viola Congress in South Africa, which has also been recently released and recorded with the Kiev Philharmonic.

A passionate and dedicated teacher, Ms. Browne was Karen Tuttle’s teaching assistant for four years and received a Naumburg scholarship, among others, at the Juilliard School for her Bachelor of Music degree, and was awarded a German Academic Exchange Grant (DAAD) for further Aufbau studies with soloist Kim Kashkashian at the  MusikHochschule in Freiburg. She was Karen Ritscher’s teaching assistant at Rice University’s Shepherd School, where the Gotham Quartet was in Paul Katz’s String Quartet Residency Program. She was an Artist/Teacher–in–Residence at the University of Missouri- St. Louis with the Arianna Quartet and Assistant Professor of Viola at the University of Tennessee before becoming Associate Professor of the University of North Carolina School of the Arts, where she taught for ten years, and has also taught at Duke and New York Universities. Presently she is Associate Professor of Viola at University of Delaware, and starting fall of 2019 she will be the viola faculty of the new Tianjin- Juilliard School in China.

She has taught at many summer festivals, including: California Summer Music, Green Mountain Chamber Music Festival, Master Players, Luzerne, Techne, Montecito, and Viva Virginia!. She is the first viola professor ever to teach in Kurdistan after being invited to teach at the inaugural season of the National Youth Orchestra of Iraq in 2009 (NYOI). She has been director and faculty of the January Karen Tuttle Viola Workshops for the past five years, and has taught at the New York University and Prague Tuttle workshops as well.

Sheila’s students have matriculated at most of the major viola programs in the U.S.A, either with substantial or full scholarships. This list includes: The Juilliard School, New England Conservatory, Colburn, Manhattan School of Music, Cleveland Institute of Music, Indiana University, Eastman, Peabody Conservatory, University of Michigan, Boston University. An avid chamber coach, she has had quartets advance in competitions such as Fischoff National Chamber Music Competiton, and her students have won solo competitions such as Kauder.

Sheila plays a Marten Cornelissen viola and a bow made by McArthur Genius Grant recipient Benoit Rolland, both which were made for her.