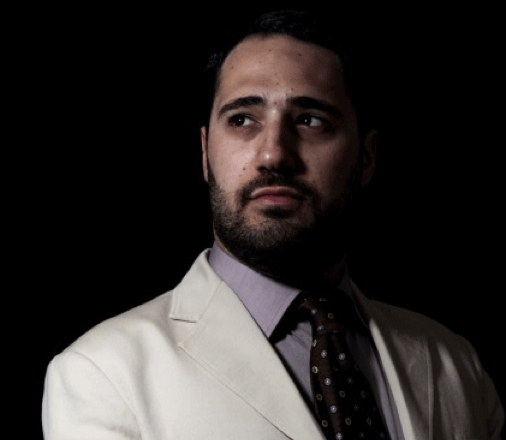 Music Degree – Piano Degree (2005) at the Conservatory of Music “Vincenzo Bellini” of Palermo vote with 9/10 . – Main Examinations of the Master’s degree in Classic and Modern Ballet (all with a score of 30/30 cum laude) held at the Music Conservatory “Arrigo Boito” in Parma. – Studies of Musical Composition (five years) of Reading Score and Chamber Music at the Cons. Mus. “V. Bellini” of Palermo. – University Studies (two years) at the Faculty of Arts (Musical Disciplines – DIM, ex DAMS) of “University” of Palermo and main examinations carried out: Aesthetics of Art, History of Early Music, Medieval and Renaissance History of Modern Music , Modern History, etc …). – Harpsichord Master Class with Maestro Enrico Baiano at the Conservatory of Palermo. – Studies of Harpsichord, Organ, Basso Continuo and Practice Executive of Ancient Music. -“Maturità Classica”(2003) with a score of 98/100 at the Classical High School “G. di Rudinì -Villa Mamiani” of Palermo. Foreign language: Study of English at the Classical High School.

Professional Certification, Licensure, Accreditation / Awards: Recipient of the 2011 “Teresa Stolz” Verdian Prize of Honour from the Club Lirica Verdiana, Busseto as ambassador of the music of Giuseppe Verdi, and in recognition of his exceptional interpretative qualities of Verdi’s music.

Highly respected Piano instructor, with several students celebrating high distinctions in national and international competitions. He was repetiteur and teaches Operatic Repertoire at the “Juliet Academy of Music” in Verona. 2013 he played in Masterclasses at the Palazzo Maffei in Verona, with the great soprano Katia Ricciarelli, with whom he continues to collaborate.

Maestro Barrali has toured: France (Nièce, Metz, Strasburg e Colmar); England (London); Sweden (Stockholm-Sala Nervi IIC “C.M.Lerici”); Swizerland (Zurich, Winterthur, Dietikon, Uster); Has played for the VI and VII International Lapedona Festival; Has held various concerts and directed operas in Venice as well as having played in several occasions for the “Amici della Musica di Desenzano sul Garda” (Verona); Concert at the Italian Embassy of Beijing for the “Prive” Collection of Giorgio Armani (2014). In 2010 he was the chief repetiteur for the grand benefit concert for the SLA (Sclerosi Laterale Amiotrofica) held at the Teatro Regio in Parma amongst some of the greatest singers in the city and continues to collaborate with them. Amongst the most celebrated on the international operatic landscape – Renato Bruson, Francesco Ellero D’ Artegna, Anna Maria Chiuri, Maria Luigia Borsi, Giuseppe Altomare, Katia Ricciarelli. In 2011 he performed in numerous recitals celebrating the 150th Anniversary of Italy’s unification. Amongst these; a concert attended by the Italian Consulate General in Niece as well as performing at the Italian Institute of Culture in London with the “Coro di Voci Bianche della Corale Verdi di Parma” alongside the celebrated M° Michele Pertusi (The event was awarded by way of a medallion by the President of the Italian Republic). Maestro Barrali has performed in concert in Parma at the prestigious “Sala “R. Gandolfi” of the Corale Verdi alongside celebrated Baritone Vladimir Stoyanov for the presentation of the award “Dal labbro al canto”.

Significant successes for his concert series in : Swizerland: at the Stadthofsaal in Uster-Zurich; Swizerland: The Stadthaus and Saal Pfarreizentrum St. Agatha of Dietikon (Zurich); Swizerland: Winterthur (Comitato Organizzazioni Italiane); Playing for the Guangzou Opera (Canton) in China (2013); Once again performing at the Teatro Regio of Parma in occasion of the 2012 Verdi Festival.

In 2013, the year of the bicentary of G. Verdi and R. Wagner, he dedicated a series of solo recitals (with Lisztian paraphrasing) as well as operatic concerts in commemoration of the great composers in Italy and in France; directed and performed in various representations of the “Popular Verdian Trilogy” in Medesano (Parma). Many Concerts with Duo Baldo in Teatro Guglielmi in Massa, in Teatro Comunale of Fauglia (Pisa), in San Miniato (Francigena Melody Road Festival). Concert with Maria Luigia Borsi in Virgin Gorda (British Virgin Islands) for “Loro Plata Great Careabbean Regatta 2015”). Maestro Barrali has worked and collaborated with the some of the highest names in the industry including: Katia Ricciarelli for the Festival del Veneto in Verona (2013) and the Bass Michele Pertusi (2013) in Parma, London and Busseto. He still played at the Teatro Verdi in Busseto (2013) for renowned baritone Renato Bruson and musicologist Philip Gosset (concert-conversation honoring the Shakespearean works musicalised by Verdi for the official events of 200° Anniversary birth date of Verdi).