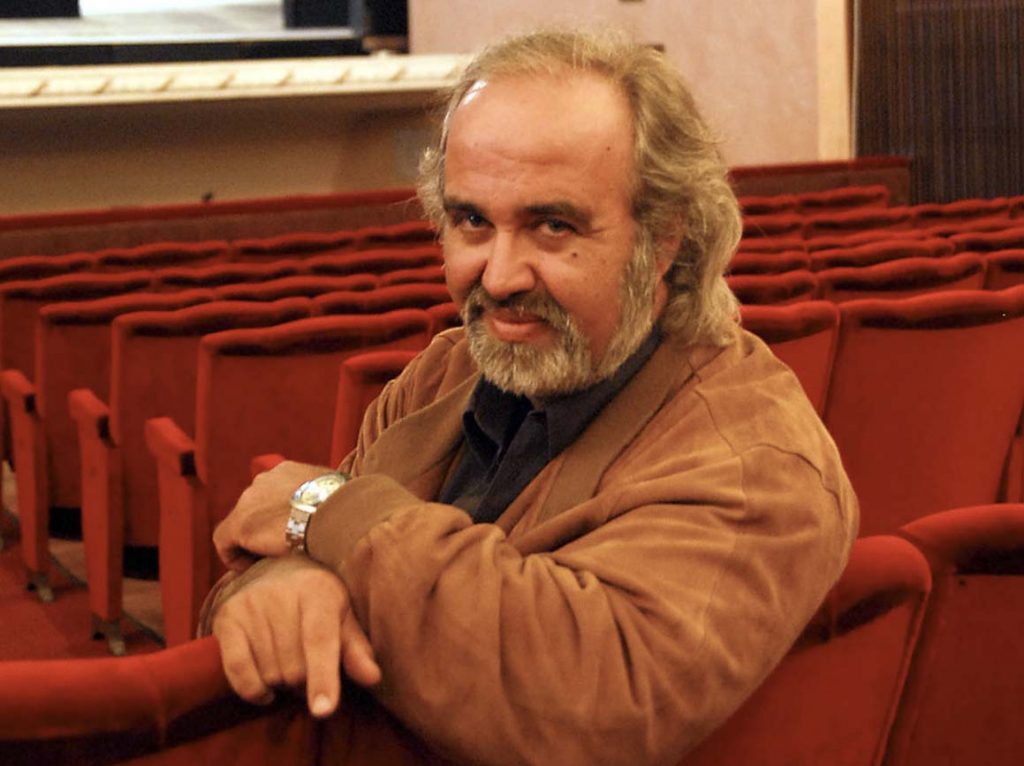 Professional musician, he has gained management experience during twelve years of activity as a theater manager with various positions, as General Manager or Artistic Manager.

From 2004 to 2009 he held the position of General Manager and Artistic Manager by Rovigo Social Theater. From the point of view of the administration he was responsible for all budgets and the technical and artistic staff, from the artistic point of view he organized the opera seasons, the prose season and the concert season. In a few months, the theater went from a lyric program of 4 titles to a program of 17 titles, thanks to an elaborate system of co-productions and self-financing, according to the most modern planning techniques.

In 2010 he was artistic manager of the Italian Opera Festival in London, gaining valuable experience and knowledge in Europe.

From 2011 to 2016 he was artistic manager of the Teatro Verdi Foundation in Pisa. In this circumstance he had no managerial duties, but only of artistic direction of the musical activities and of artistic and didactic management of the Opera Studio of the theaters of Pisa, Lucca and Livorno. The theater was in a qualitative and quantitative crisis, with very little public loyalty. Following his advice in a very short time he reached prestigious levels in terms of the number of subscriptions and quality of the shows. 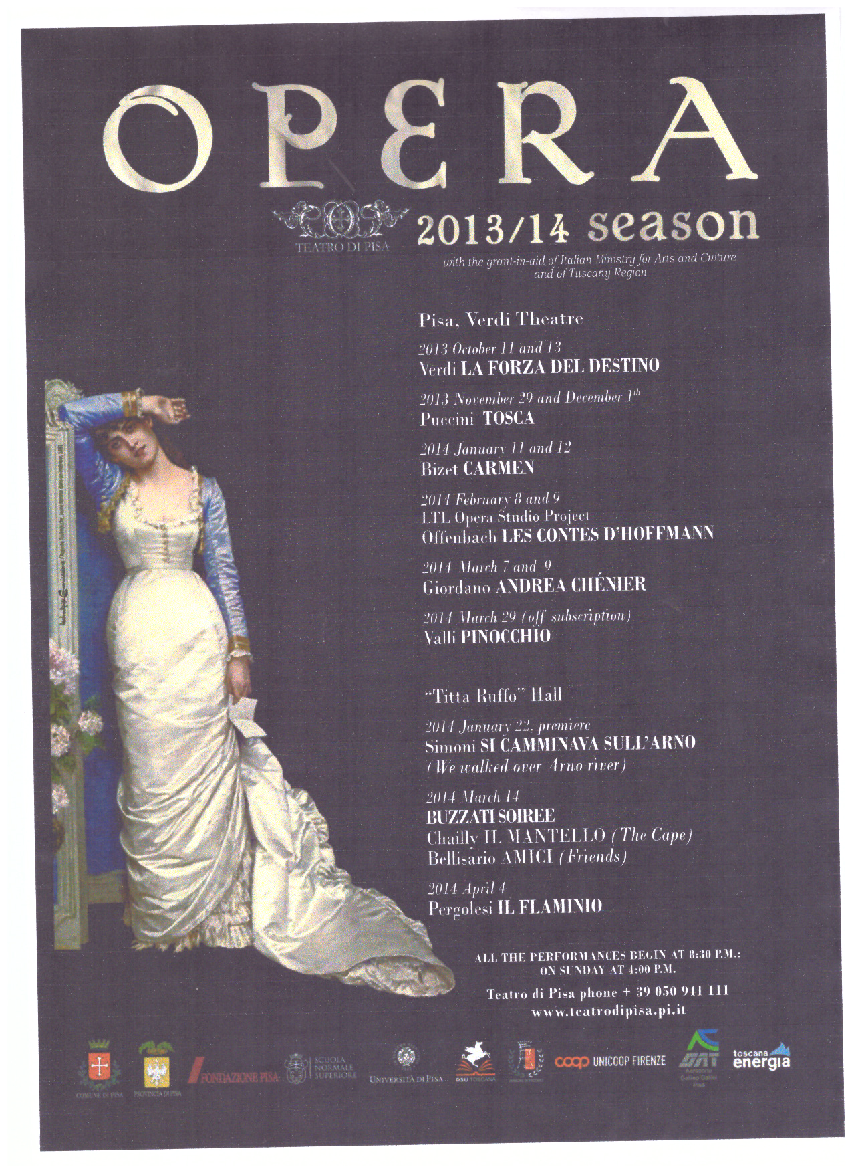 From 2017 to 2019 he was director and casting manager of Golden Globe Production, in fact with high-level managerial positions, in a private company of international production of opera shows with big stars in large spaces, such as stadiums or large theaters. He thus acquired a great deal of experience in international productions and collaborations, in foreign legislation, in cultural collaborations between different countries.

In all his experiences he has distinguished himself for public attendance records, high-level seasons, positive balance sheets, excellent relationships with the workers and above all for the possibility of cost containment due to his knowledge in the world of singing and management, which they have always allowed him, for example, to be able to cast famous soloists with much lower cachet, thanks to the friendships matured on stages all over the world.

Since 2015 he has been directing important opera performances all over the world: Puccini’s Triptych in Osaka (Japan), Barber of Seville in Seville, Don Giovanni in Pafos (Cyprus), Jolanta and Aleko in Banska Bistrika, Don Pasquale in Massa Marittima, Cavalleria rusticana, Traviata, Tosca, Rigoletto, Otello, Suor Angelica and other important foreign and Italian productions. He has also directed modern works such as Salvo d’Acquisto at the Verdi in Pisa and baroque ones such as Il Flaminio with the Maggio Formazione in Florence

Expert in the most modern techniques of organization and management of theaters and festivals, he has trained, as a Management teacher, many young managers currently in force in Italian and foreign theaters.

He is considered one of the most experienced and dynamic administrators and has often been called upon as an expert in sometimes very complicated situations. Theaters always active, sold out almost constant, promotion of young people through the creation and management of Opera studio in various contexts, including the Tuscan one of the theaters of Pisa, Lucca and Livorno of which he was the manager from 2011 to 2016.

He has taught Management of Theater and Live Entertainment at the Accademia del Teatro alla Scala in Milan and recently taught the subject at the Music PRO academy, an European project of the Puccini Festival in Torre del Lago and in the regional courses of the Tuscany Region called DIPAS.

Highly esteemed teacher and expert in singing and vocalism, he has launched many soloists into their careers today in the main theaters. Competent in evaluating the possibilities of young artists, he knows how to enhance and comfort them in the difficult profession and is still considered “one of theirs” so he is able to manage contractual and stage problems with skill. As a former pianist he knows how to read and evaluate the scores proposed to him by the composers. Expert in orchestral staff and administrative management of production, he knows how to plan well in advance and with mathematical precision. He has held Master Classes in various parts of the world, Kiev (Ciaikovski Academy), Shanghai, Chengdu, Osaka, St. Petersburg, San Josè de Costarica, Hohhot and in many Italian cities Modena, Genoa, Catania, Turin, Rome, Belluno etc.

He was lucky enough to act alongside many great actors, of which he has been the “shoulder” for years: Oreste Lionello, Leo Gullotta, Gianfranco Iannuzzo, Vincenzo Salemme, Massimo Dapporto, Lauretta Masiero, Chiara Noschese, Piero Nuti, Adriana Innocenti , Gennaro Cannavacciuolo, Elio Pandolfi and many others.

Expert connoisseur of the dynamics of the theatrical world, he has always organized high quality theatrical seasons, in compliance with the established budget.

As a writer, ho wrote 11 poetry books and in 2012 published a collection of his best works “Poesie 1996-2011” at the ABEdizioni publishing house. It is in the anthology of contemporary poets “Modern times” published by Libroitaliano World. Music critic of You-ng magazine, for the same magazine he has serialized the novel “The unconscious trinity”.