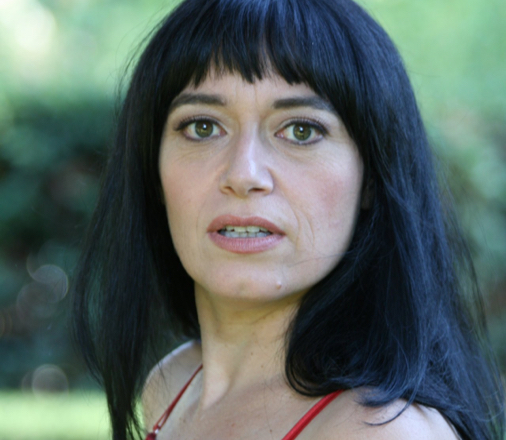 Since her childhood, Laura Pietrocini showed a peculiar musical talent beginning to study piano at the age of five years. Still young, she also dedicated herself to the study of composition. Under the guide of Gabriella Galli Angelini, in 1991 she held a piano diploma at the Conservatorio S. Cecilia di Roma with the maximum vote cum laude, winning the Prize Marcello Intendente as the best student of the year. In the same Conservatory of Rome, in 1993 she held the Chamber Music degree, and in 1998 the bachelor degree at the Accademia Nazionale di Santa Cecilia with Felix Ayo. She studies then with Konstantin Bogino in Paris and in Rome at the Accademia Angelica Costantiniana.

In 2000 she founded Ars Trio di Roma, who debuted in 2001 at the winter season of Accademia Chigiana “Micat in Vertice” winning the Honorary Degree of the same prestigious academy in Siena. In 2001 Ars Trio also won the first prize at the  Concorso Internazionale “Premio Trio di Trieste” in Trieste, since today the last Italian ensemble that won this prestigious competition. Since then, Ars Trio di Roma has been invited by leading concert venues throughout Europe and also was featured on Italian TV RAI in the program “I Concerti dei Quirinale” with a national and European live broadcast by EBU-UER. In 2006, the cover page of AMADEUS magazine was dedicated to the Ars Trio di Roma on the occasion of their new recording of the integral trios of Shostakovic, released by this magazine.

In recent seasons, Ars Trio performed to great success at such major venues in Italy and abroad, appearing also at Martinu Hall-Lichtenstein Palace of Prague (Czech Republic), the Hall of Columns of the Kiev Philharmonic (Ukraine), the Stephaniensalle of Graz (Austria), and has participated at major festivals in Germany, such as the Scharwenka Festival in Lubeck and the Bachfest in Leipzig, among others.Earlier, Ars Trio took an extended tour throughout South America which included performances in Chile, Argentina, Uruguay and Brazil, at large theatres such as Teatro Coliseo of Buenos Aires, Teatro El Circulo of Rosario, Teatro Argentino of La Plata, Teatro Oriente of Santiago in Chile, Sala Balzo of Montevideo, Canal da Musica of Curitiba.

The tour included a national radio live broadcast of the Montevideo performance and a TV broadcast for the Brazilian Radio-Televisione TV Globo of Rio de Janeiro. On the strength of a complete repertoire, ranging from classical to modern (Mozart, Beethoven, Brahms, Schubert, Schumann, Dvorak, Ravel, Shostakovic), the Trio has always paid great attention to contemporary music as well (Copland, Shchedrin, Kagel, Henze).  Recently, the Trio premiered “Freddo,” the Triple Concerto for violin, cello, piano and orchestra by Michele Dall’Ongaro, a composition expressly dedicated to the Ars Trio di Roma. Laura Pietrocini teaches piano and chamber music masterclass at the International Music Academy of Rome.She is the Artistic Director of ChRomatica festival of Rome.