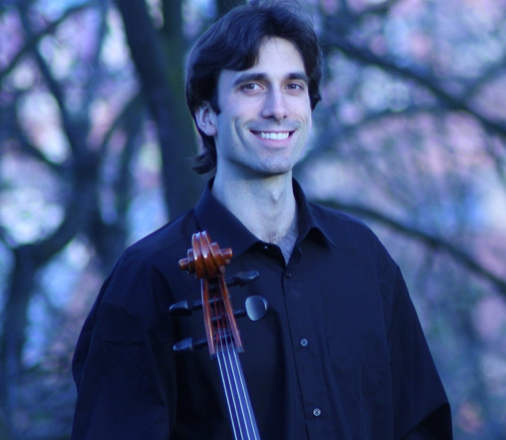 Critics across Germany have called Gabriel Mientka’s performances “brilliant,” “thrilling,” “passionate.” An American cellist, composer and conductor, Mientka completed his postgraduate studies with honors under Nicolas Altstaedt at the Hochschule für Musik in Cologne, Germany. He began learning cello at the age of 8 with his father Tyme Mientka and completed his Diploma studies under Gerhard Mantel and Peter Wolf at the Hochschule für Musik in Frankfurt, Germany. He acquired further artistic inspiration in master classes throughout Germany with Miklós Perényi, Claudio Bohorquez and Christoph Richter.

He was recently appointed principal cellist of the “Neue Philharmonie Frankfurt,” Germany’s leading classical/crossover orchestra which, in addition to having a classical symphonic concert season, has toured Europe with artists such as David Garrett, Peter Gabriel, Gregory Porter and legendary rock band Deep Purple.

Since coming to Europe in 2007, Mientka has played solo and chamber music concerts in Germany, France, Switzerland and Romania. He performs regularly with his wife, concert pianist Anca Lupu, as the Lupu-Mientka Duo. Their debut performance at “Die Kammermusik” in Wiesbaden, Germany, was met with critical acclaim, and they have since performed at the Neue Kurkonzerte Bad Nauheim, “Made in Wilhelmsbad” chamber music in Hanau and many other venues in the Rhein-Main region, as well as concerts in the USA.

He is also a member of the Frankfurt-based cello quartet “cellharmonics,” known for their eclectic programs spanning the genres of classical, jazz, rock, pop and film music, as well as original compositions. In 2013, Cellharmonics was invited to perform at the 20th anniversary of the German Cultural Center of Cluj-Napoca, Romania, and has since performed at the Beethovenfest Bonn, the “MuseumsSalon” concert series and Stoffel Festival Frankfurt, “Klassik im Klub” in Wiesbaden, Musikfestwochen Donau-Oberschwaben and the “Gegen den Strom” Festival, Bad Ems, and has toured Mientka’s home state of Colorado, USA.